We are often told to control our emotions, reel it in, take things in stride. All sound advices, except none of these helps tackle the resultant stress. The constant need to put up a façade and suppress all the emotions is not just leads to bottling up of the anxiety, but also has a negative impact on the mental health.

Consequently, people hit the point where their emotions explode. They have meltdown over even the most insignificant thing, and the volcano of emotion that erupts is neither good for them, nor those around them who are being subjected to that treatment.

Catharsis literally means to expunge or cleanse, and its intended impact is meant to be this precisely. Catharsis is used to help with the emotional release of the negative feelings. This venting out helps in getting rid of the baggage, that might even be subconsciously taking toll on your body. Hence, catharsis helps people break free from hysteria.

However, catharsis is also subject to much debate as well. Dealing aggression with further aggressive activities is not the answer, according to research. Moreover, catharsis is not helpful against patients whose resentment stem from severe abuse.

Therefore, for more serious instances, it is best to visit a Psychiatrist in Lahore. However, you can still benefit from catharsis when you use it to reduce your anger and channel your energies otherwise.

Potential benefits of catharsis include:

As catharsis forces one to analyze their feelings and their attitude, it helps people confront the issues perturbing them and dealing with them. Rather than letting things hang in limbo, catharsis allows for closure as people reconcile their feelings with the events that transpired.

Prevents one from embarrassing situations

Hysteria is not simply unhelpful but may also lead to embarrassing situations. Nobody wants to be this vulnerable and part of undignified situations. Hence, when you release the anger, you prevent yourself from the dangers of pent-up frustration, that manifests mostly in the form of breakdowns.

Certain times, people are not confrontational about their ill treatment, but rather build it all in their minds. Alongside being passive-aggressive, they also turn resentful. This can get to the situation where your relationship is under threat.

Similarly, people who repress unacceptable behavior of others may also then suffer from self-esteem issues. They internalize the feeling of worthlessness, that has grave implications for their mental wellbeing.

Catharsis, on the other hand, helps in correctly processing and getting rid of this negative energy. The less there is of it in your body, the less it will weigh you down.

Anxiety, fear, stress, worry, all are negative emotions. Building up of these naturally leads to poor mental health.

People are then not just at risk of mental diseases like depression, but their quality of life is impaired as well.

Ways you can practice catharsis

Catharsis is not about taking a crowbar to the television, but rather about healthy channeling of the negative vibes. There are plenty of ways you can practice catharsis psychology:

Laughter is the best medicine may sound cliché, but it is true. When you laugh, you release tension from your body. You also manage to successfully transform the negative emotions to happier ones.

So, put on a sit-com or indulge in some stand-up comedy shows. Do what helps you laugh it off.

Watch your emotions out

Not just humor, but drama can also help in the emotional release. The action of relating and empathizing with the emotions of the character also helps in releasing your own negative feelings.

A yoga technique, breath of fire involves taking rapid and forceful breathing to calm the mind. There is also the option of holotropic breathwork, which involves breathing at a fast rate to alter the ratio of carbon dioxide and oxygen.

Channeling energies into creating artwork is very helpful as well. This endeavor of creating art helps in stirring emotions and releasing them in a healthy way. Explore mediums like canvas, or clay or crafts, whichever appeals most to you.

Writing is also very cathartic. When you express yourself to a piece of paper, you expunge all the negative energy. Since you do not say to some one’s face, there is also no guilt in getting it out in the open, yet all the benefits of letting it all out.

Talk to an expert

Talking also helps. As you relay your feelings to your confidante, they not only help you get perspective, but give you insights on how to get better. A professional Psychiatrist in Karachi

can especially be of great help. They can also teach you healthy ways of dealing with negative emotions as well. 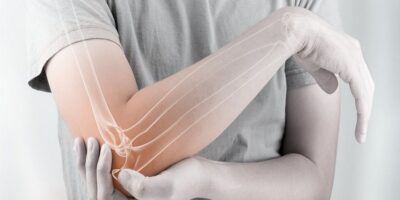 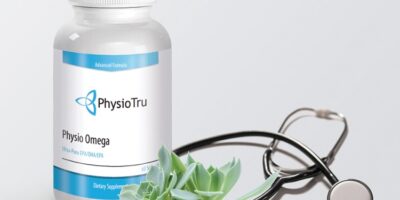 My name is Laura Erzen. My mission is to help people learn about their health, treat disease and improve their quality of life.

The latest in healthcare, wellness, and fitness – usamarketarea.com Copyright © 2022.
Theme by MyThemeShop